Anyways, I’m back today with a review on a book I was not expecting to read. I had not heard of this book, nor had it been on my TBR list, but upon accidentally stumbling upon it, I found it to be a fun read. Maybe it was the cover, or my infatuation with pearls in general… Whatever the case, this was a easy, light read that I ended up enjoying.

Run fast and run far, unless you’re fearless. Unless you’re courageous. I’m not, but I’d like to be.

Pearl Jaeger is seventeen and homeless after drugs, poverty, and addiction unraveled the life she shared with JJ, her formerly glamorous rock star mother.

This moment of happiness is fleeting; someone will take it from me.

When tragedy brings a chance to start over at an elite boarding school, she doesn’t hesitate. Yet the only salvation comes from an art teacher as troubled as Pearl, and she faces the stark reality that what she thought she wanted isn’t straightforward.

I trace the outline of my reflection in a window. I am no more than a replica of my mother. This is not the self-portrait I want to paint.

Through the friendships she forms at school—especially with Grant, a boy who shows Pearl what it means to trust and forgive—she begins to see a path not defined by her past. But when confronted with the decision to be courageous or to take the easy way forged by her mother’s failures, which direction will Pearl choose?

My Review: (no spoilers)

From the start, this book was jarring. It begins with Pearl sneaking back home, in order to avoid the wrath of her intoxicated mother. What follows is a detailed description of the mentally and physically exhausting act of taking care of a once famous rock star, drug addicted mother while discovering ones identity. This book caused me to deliberate on how much of my life was the result of my upbringing (nature v nurture anybody?), and the resilience someone needed in order to break free from their parent’s bonds.

The part that I could relate to with Pearl, the protagonist in this book, was her constant confusion about guys and life in general. I felt as if there was dimension to her, which I appreciated. Brought up in an unstable household, with no permanent residence or father, Pearl constantly finds herself moving to accommodate her mother’s new boyfriend or drug addiction. Furthermore, Pearl struggles to root her identity in her mother’s legacy and demise. I found Pearl’s inner conflict of hating her mother, and wishing to hold a part of her very realistic and painful.

Pearl’s relationships are all a tad complicated. Because she is constantly moving, she has no steady friends, and it isn’t until she joins the elite boarding school that she finds people to regularly socialize with. These relationships help fortify what we know about Pearl’s personality, and I believe the author did a great job of showing Pearl’s multifaceted character through these relationships. One character that I just could not stand was Sola, the mother hen that was the embodiment of Pearl’s mother.

The plot flowed very easily, and I was surprisingly ok with the ending. Although it was a bit too perfect for me, there were still some loose ends, and it was nice to see where Pearl ended up. I found Pearl’s situation, oftentimes to be also too perfect at times. Things would always work out in ways that wouldn’t normally have worked in real life. Throughout the book, I never struggled with being bored, or confused, which was nice.

HOWEVER, this book is riddled in drugs and sex. It doesn’t stop with her mother, but seems to follow Pearl everywhere. No matter how much Pearl hates the drug culture, and how much the drug culture has hurt her, she isn’t able to remove herself from it. At times, I had to remind myself that Pearl was still in High School and not in college. This could be due in part that this takes place in a boarding school, but also because every student seemed to be obsessed with drugs and making out. Although this concept is essential to the ending of the book, I found it frustrating sometimes to see her following exactly in her mother’s footsteps.

Overall, I thought this was a nice, easy read (I finished in two sittings), and it did keep my attention. The biggest aspect that I disliked THE MOST about this book was how cheating was portrayed as a way to make a relationship stronger. Coincidence or not, I had just finished reading this book, when the lovely Reg from She Latitude posted her Top Ten Turn Off’s in the Book. (Most of which I agree with) Number eight, on her list is cheating. I find cheating in real life and books alike to be frustrating. When the two parties get back together, I’m always infuriated, and when the allusion is made that a relationship can get stronger though such a betrayal, you can imagine how livid I am. This aspect of the book can be seen as almost the sole reason I dropped a star. 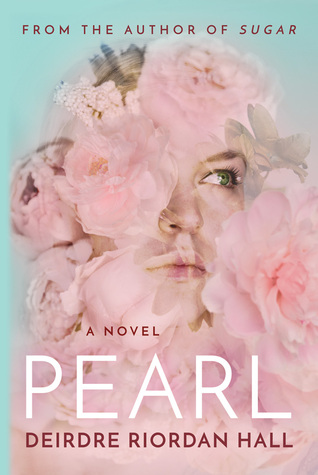 Have you ever read Pearl? What did you think? What is a book you will be reading next? Let me know in the comments below 🙂